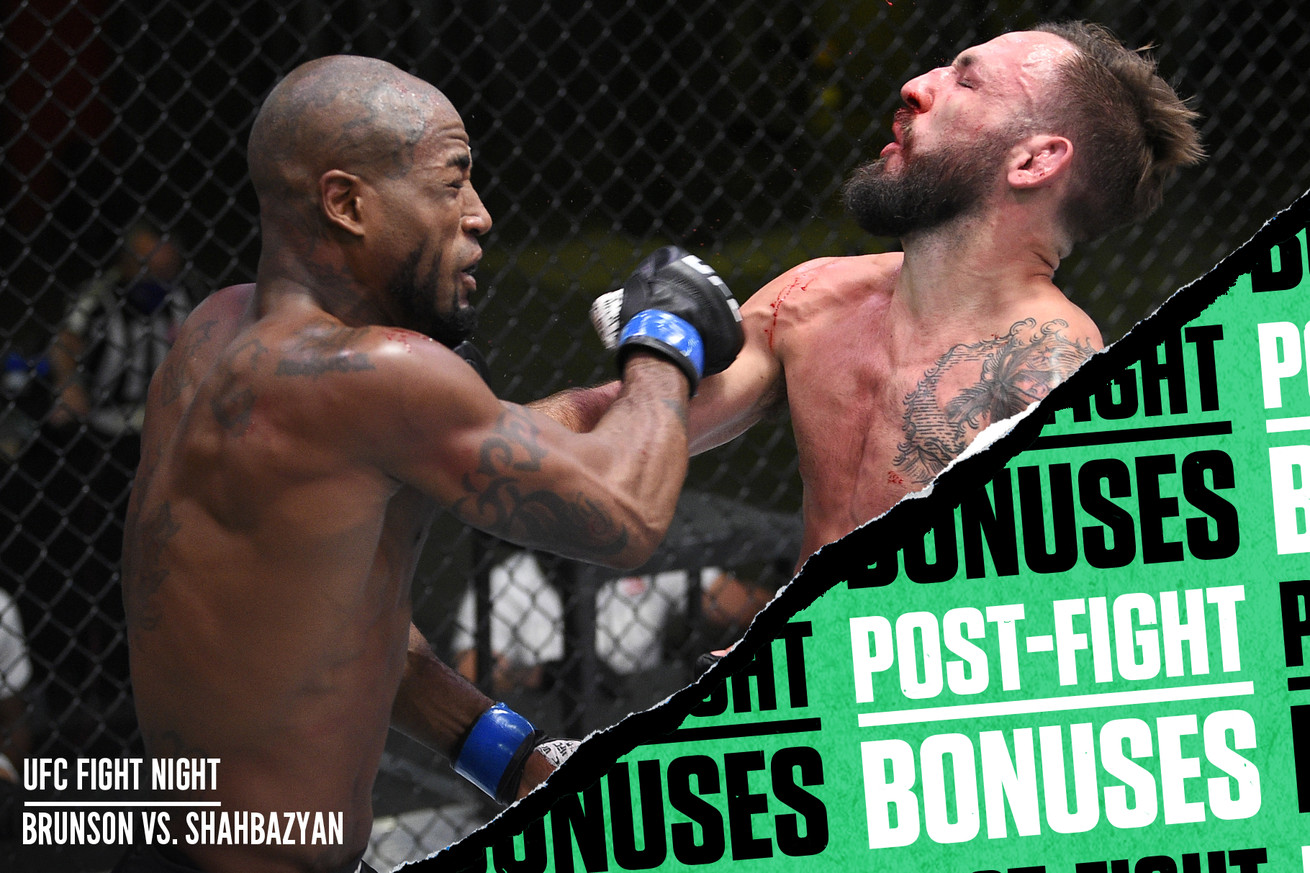 Check out which fighters won performance bonuses from UFC VEGAS 5: ‘Brunson vs. Shahbazyan’

The UFC APEX Center in Las Vegas, Nevada was home to a great night of fights at UFC VEGAS 5: ‘Brunson vs. Shahbazyan’. The card saw three (T)KOs, one submission and four decisions, including a unanimous draw.

The prelims kicked off with the first unanimous draw in UFC history without point deductions when Chris Gutierrez and Cody Durden went the distance. Jamall Emmers completely outclassed late replacement Vincent Cachero and Nathan Maness defeated his late replacement opponent, Johnny Munoz, and Jonathan Martinez took less than a minute in the third round to put veteran Frankie Saenz away via TKO.

The main card opened with a grueling battle between Bobby Green and Lando Vannata, that saw Bobby Green put on a masterful performance, earning himself the unanimous decision. Vicente Luque chopped Randy Brown’s legs and boxed him up from beginning to end, wobbling him and dropping him a couple times. He would finish Brown via a nasty knee followed up with some rockets just before the horn sounded to end the second round. Jennifer Maia was already boxing up Joanne Calderwood before the fight ended up on the ground where a quick scramble ensued, ending with JoJo tapping out to an armbar.

The main event was an exciting banger with both men slinging heavy leather. Brunson went to the wrestling well, easily scoring a couple takedowns and letting Shahbazyan wear himself out. Edmen was landing some bombs, but Brunson took everything he had to offer and in the last minute of the second round, he had Shahbazyan in real trouble. The ringside physician was called in between the rounds and ultimately, allowed the “Golden Boy” to return for the last stanza. The third round was merely a formality, and 26 seconds in, Brunson had finished the young prospect with a barrage of punches. Young Edmen didn’t observe the one rule of Glendale Fight Club…HEAD MOVEMENT!

Fight of the Night: Lando Vannata vs. Bobby Green