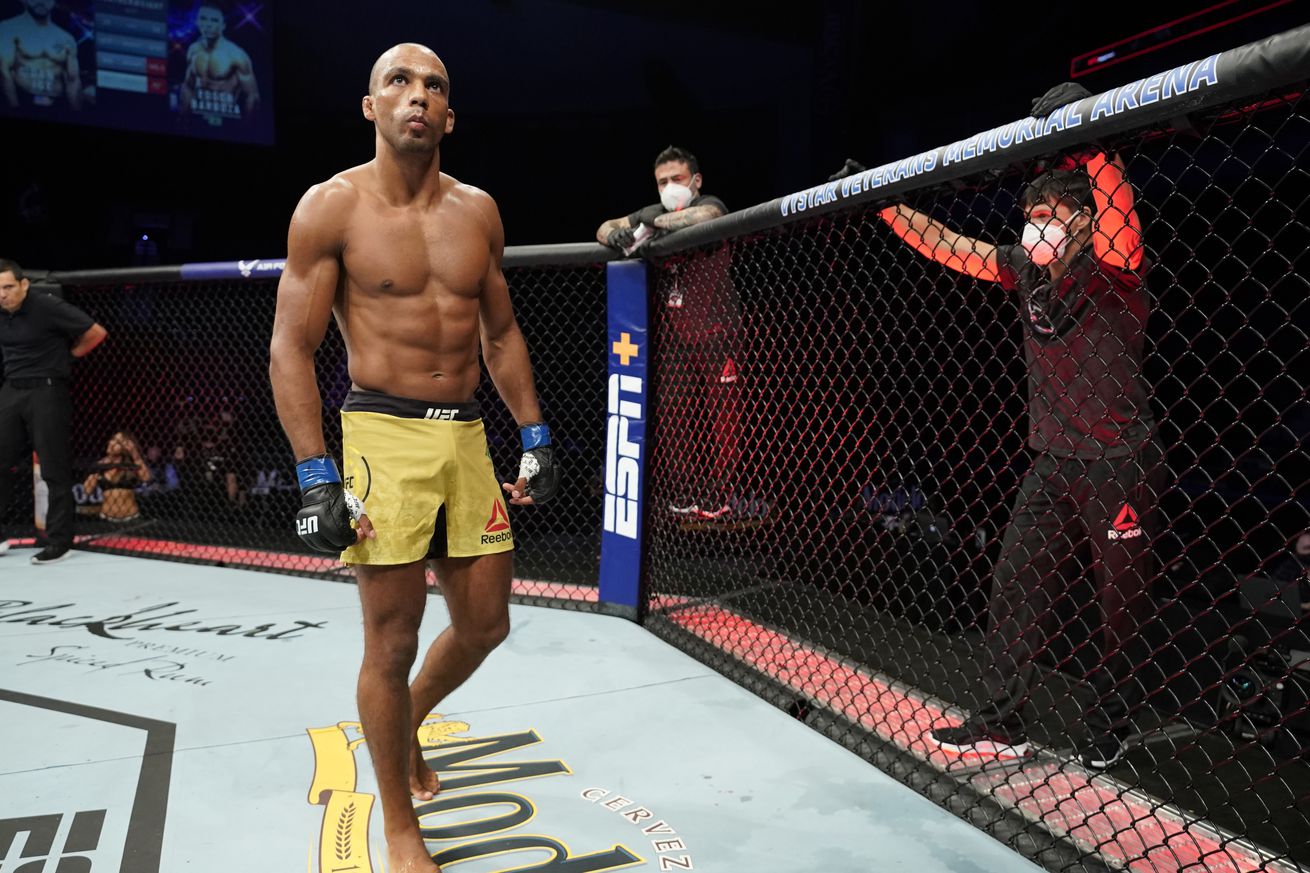 A very intriguing featherweight fight is reportedly set for October.

Two veterans looking to reestablish themselves in the featherweight mix are reportedly set to face off on October 3rd. According to Combate, Edson Barboza will return to take on Jeremy Stephens.

Barboza (20-9, 14-9 UFC) has lost three fights in a row, but two were by the slimmest of margins. Following a split decision loss to Paul Felder, Barboza dropped to 145 for the first time to meet Dan Ige. Many believe that Barboza won the fight, but Ige was awarded a split decision victory.

Stephens (28-18, 1 NC, 15-17, 1 NC UFC) has struggled of late, dropping his last four official contests. In his last bout, Stephens badly missed weight and was stopped via TKO at the hands and elbows of Calvin Kattar back in May.

Barboza is currently unranked due to the change of weight classes, while Stephens sits in the 9 position in the 145-pound division.

The main event of the October 3rd card hasn’t been confirmed as of yet, but Holly Holm vs. Irene Aldana has been rescheduled for this event. That fight was supposed to headline a card this weekend, but Aldana tested positive for COVID-19.