Calderwood passes out after loss, stretchered to hospital 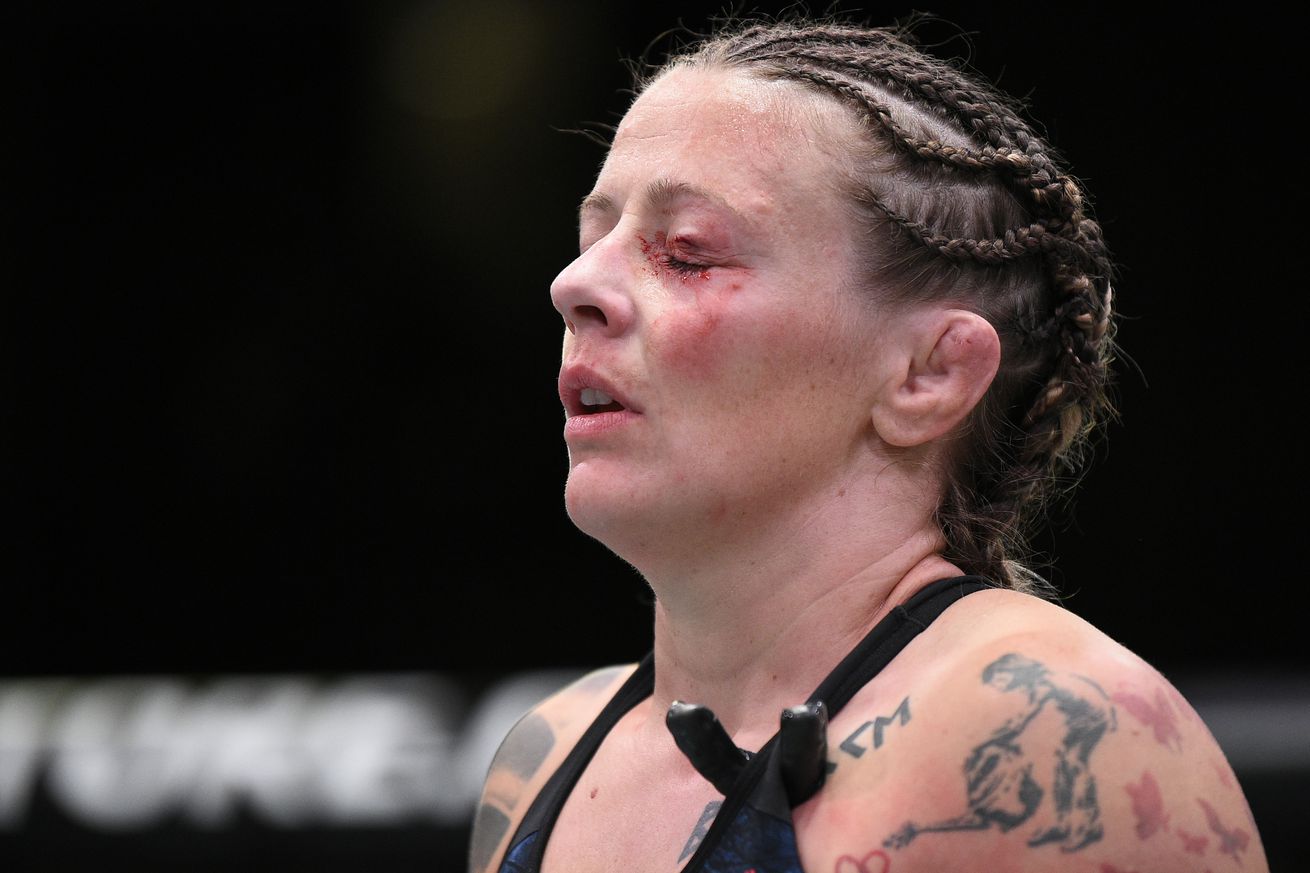 Joanne Calderwood is stable and awake now according to her camp.

Joanne Calderwood lost to Jennifer Maia, getting submitted by armbar at the 4:29 mark of the first round. According to her camp, the Scottish fighter suddenly passed out while getting checked on backstage after the contest.

According to Calderwood’s camp, she was rushed to the hospital, and is now stable and conscious.

“She’s okay now,” Danny Rubenstein told MMA Fighting. “She was getting checked out in the medical room and fainted while sitting down. John caught her, they laid her down and carted her out on a stretcher.

“Heart rate dropped on the way there but stabilized now. She’s awake at the hospital with Wood.”

Calderwood is currently getting treatment, but as of this writing, there is still no update on the reason for her sudden loss of consciousness.

This UFC Vegas 5 card also had multiple bouts fall out due to COVID-19 and other circumstances. This includes a late cancellation when Trevin Giles suddenly fainted minutes before walking out for his bout.